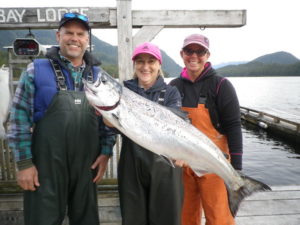 Old Spice Tina joins the Yes Bay Guide staff for another summer which will make it her 6th season!  With all of that she has learned and her openness, she looking for a very successful year with a ton of fish again! She loves bottom fishing for halibut and like her husband, snapper!

Tina has been officially guiding for the last seven years and unofficially forever. She has owned and run Palm Bay Fishing Outfitters bait and tackle for ten years. Old Spice and Snapper decided to close the store and come and work together at Yes Bay. Tina was born in Ohio and moved to Central East Coast of Florida when she was 4 years old. Her love for the water and fishing come from her mom. They either were fishing from the beach or fishing the Indian River Lagoon.

Tina is really looking forward to guiding again this year, meeting new people and catching some awesome fish!!! Tina spends her winters in Florida working as a fishing guide on the SE coast of Florida.

Captain Chad Seabrooke joined the Yes Bay Guide Staff for his first year in 2015.  This will be his fourth season as full time summer guide here in Alaska and is excited to get back up to the lodge.  Chad will be arriving at the lodge early in the summer to help us with our start-up projects! 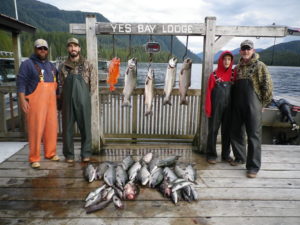 When he is not guiding for Yes Bay, Chad is also a third generation sailor and a second generation charter boat captain. He has been fishing in Florida for thirty years. He lives in Islamorada, "The Sport Fishing Capital of the World"!  While in the Florida Keys, he works as a Sea Tow captain, freelance mate, fishing consultant, and catches live bait for two of the bait shops. He leaves the keys during hunting season to pursue ducks, deer, hog, and turkey.

Stan joins the Yes Bay Guide staff for the second season and is chomping at the bit to get back on the water!  Having only two guests on the boat for multiple days allows Captain Stan the opportunity for personalize the experience for his guests as well as developing new friendships with them.  He looks forward to having you on board for the adventure of a lifetime. 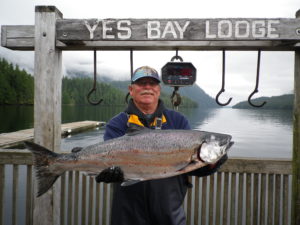 is guests out of Newport and Depoe Bay, Oregon.  Stan served in the United States Coast Guard from 1969 to 1975 in various stations and ended his active duty service in Ketchikan, Alaska.  During this time Stan operated his own private boat and loved the “wild” days of fishing in Ketchikan and the surrounds waters. Captain Stan took a couple of years off and operated several boats in the Ft. Lauderdale/Miami area fishing for both bill and reef fish between Ft. Lauderdale, the Bahamas, Key West and Miami.  Stan retired to travel with his wife, Jan, in 2007 and relocated to Foley/Gulf Shores, Alabama.  Stan spent two years learning the fishery and opened Anchorage Aweigh Charters in 2010 only to be forced to cease operations due to the Deep Horizon oil spill.

Since 2010 Stan and his wife have been full time RV’ers traveling the United States and discovering new fisheries around the country. In 2015 Captain Stan ran the Charter Boat Scooter out of West Port Washington and rediscovered his love for salmon, halibut and rock fishing.

Captain Al returns for his eighth season at Yes Bay Lodge but will be only making a short appearance during our Silver Salmon run. That me

ans he won't be subjected to getting his butt kicked everyday because his wife Tina (Old Spice) will be returning for the full season!

Just a little information about me. I am a 46 year old fishing captain from Palm Bay Fla. I have been guiding professionally for about 10 years now.

Al was born & raised in Bronx New York were he fished the Long Island sound for about 18 years .  He then  moved to Florida and has been fishing there since 1987.  He fishes mostly the Indian river from Melbourne to Sebastian Fla.  He has fished off shore & inshore and loves them both. This will be his eighth season working for    Yes Bay and it has been a great opportunity to fish Alaska the Yes Bay way (protected waters and big fish!)

He is looking forward to helping out at the end of the season and hooking you up on some serious fish! 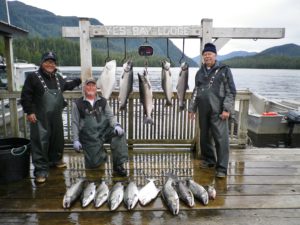 Guy (Piano Man) will be returning for a limited time for his third season. Capt. Guy is the director of boat / kayak operations and Facilities man 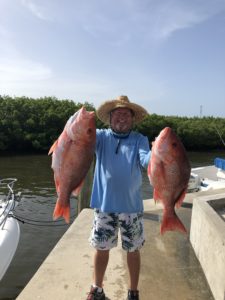 ager at the Marine Discovery Center located in New Smyrna Beach Florida. Previous to this current retirement job, he was the VP of operations for a national chain of Seafood restaurants. After 31 years of managing several hundred restaurants, he is glad to be retired and returning to Yes Bay.

He also works as a local guide in the New Smyrna Beach area fishing mostly off -shore.

Capt. Guy has lived his entire life as a Floridian but is always excited to return to Yes Bay to fish with the great Guests that come and enjoy the Yes Bay experience. 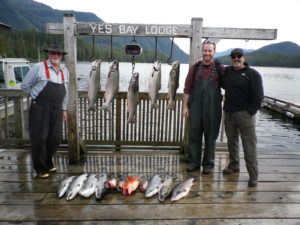 Captain Kevin (Blackfly) Hack is the owner of Yes Bay Lodge.  Kevin started his career here as a guide many years ago and has been fishing the area ever since.  His family has owned the Lodge for over 44 years!  Kevin took over running the Lodge full time in 2006 years ago but is now currently the owner and operator of Pirate Airworks.  Kevin lives with his family at the Lodge the majority of the year, the remainder of his time is spent at his home in Ketchikan or traveling for Lodge business during the off season.

Kevin's daughter Nicky is the chef at the Lodge and her husband Ryan is the General Manager and are the ones currently running operations at the lodge. Daughters Michaela and Saylor and wife Dee also live and work on property at the Lodge.  Kevin will be seen throughout the season guiding so be sure to say "hello!" if you seem him this season during your visit at the lodge!

Yes Bay Lodge does not discriminate on the basis of race, color, national origin, income, gender, age, and disability in access to, or operation of its programs, services, activities, or in its hiring or employment practices.
Yes Bay Lodge operates under a special use permit from the Tongass National Forest.
Contact Webmaster - The Lodge - Ryan Martinez
Loading Comments...